Catherine Booth College Of Nursing > About us > The Salvation Army 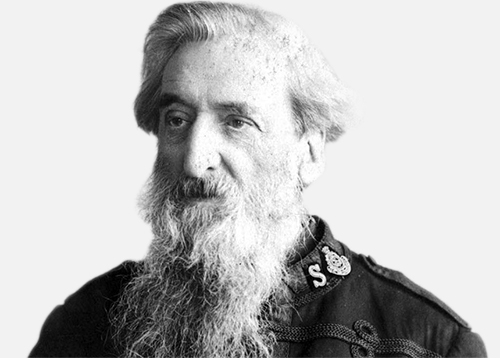 The Salvation Army is an integral part of the Christian Church, although distinctive in government and practice. The Army’s doctrine follows the mainstream of Christian belief and its articles of faith emphasize God’s saving purposes. Its objects are ‘the advancement of the Christian religion… of education, the relief of poverty, and other charitable objects beneficial to society or the community of mankind as a whole.

The movement, founded in 1865 by William Booth, has spread from London, England, to many parts of the world. The Salvation Army is currently led by General André Cox, who was elected as the 20th General on 3 August 2013.

The Salvation Army works in 126 countries and in every country Salvationists respond to the health concerns in their communities through more than 15,000 churches (corps). In addition to church-based programs.

The International Health Services – The Salvation Army currently has 183 health programs in 39 countries, focusing on healthcare and the prevention of disease. These include 23 general hospitals and more than 150 clinics and health posts. Almost all of these include response to HIV/AIDS. At a conservative estimate, between seven and eight million people are specifically involved in community development responses. These care, support and prevention programs are characterized by local community ownership. Supports and encourages the development of health services throughout the world where The Salvation Army operates, and influences the development of local and international partnerships.

In addition to evangelistic work, various social programmes were inaugurated for the relief of distress from famine, flood and epidemic. Educational facilities such as elementary, secondary and industrial schools, cottage industries and settlements, were provided for the depressed classes.

Medical work originated in Nagercoil in 1893 when Harry Andrews set up a dispensary at the headquarters there. The medical work has grown from this. Work among the Criminal Tribes then began in 1908 at government invitation.

The work of The Salvation Army is funded through donations from its members, the general public and where appropriate, local authority and government grants. It also receives funds from aid agencies.

The Salvation Army is registered as a Guarantee Company under the Indian Companies Act 1913.

The Conference of Indian Leaders (COIL) established in 1989, meets annually to coordinate national Salvation Army affairs and give direction to the national secretariat. Also there are Six Territorial Headquarters functioning in India.